What’s more rabid than a pop culture superfan? A gaggle of pop culture superfans gathering to celebrate their favorite TV shows alongside the celebrities that star in them. Enter: the inaugural BravoCon, held Nov. 15-17 at three venues across New York City. The convention served as Bravo’s first event dedicated to engaging the passionate fan bases surrounding its programming. Nearly 10,000 superfans of shows like “Vanderpump Rules” and “Top Chef” attended the three-day experience, which sold out in a matter of minutes.

The concept behind BravoCon had been kicked around the network’s halls for some time before coming to fruition. Ultimately, some social listening tactics and an event for “Watch What Happens Live” are what tipped the scales in favor of making the fan con a reality.

More on This Topic:

“What cemented this for us was when we took “Watch What Happens Live” to L.A., during one of the episodes that we were shooting of the “Doorbell Show,” in which every time the doorbell rings, a new ‘Bravolebrity’ walks through the door,” says Maria Deluca, svp-marketing at Bravo. “The energy in the room was electric. It was like nothing I had ever experienced before. And it was just a moment where I made eye contact with our head of press and some of the other executives at Bravo and we were like, ‘It is time.’”

Given fans’ love of Bravo actors, it’s no surprise that for many attendees, the highlight of BravoCon was rubbing shoulders with the network’s top stars, known as “Bravolebs.” Throughout the show, 88 Bravolebs participated in activities like panels, dinners and countless photo ops (no, we weren’t there to get a selfie with the “Real Housewives of New Jersey.” Yes, we’re still torn up about it).

In addition to spotting their favorite stars, attendees could participate in more than 50 events executed throughout the weekend. There were sneak peek screenings of shows like “Below Deck,” cast panels, mixed panels, “Top Chef” dinners every evening (separate tickets were required), more than 30 live shows being filmed, “Southern Charm” brunches featuring the show’s cast, interactive cooking and mixology demos, and myriad photo and video moments. Fans could also explore The Real Housewives Museum, where a decade’s worth of behind-the-scenes photos and memorabilia from breast implants to hair clips could be found. Opportunities to strut the catwalk from “Project Runway” and be inserted into the “Vanderpump Rules” opening sequence were also offered. 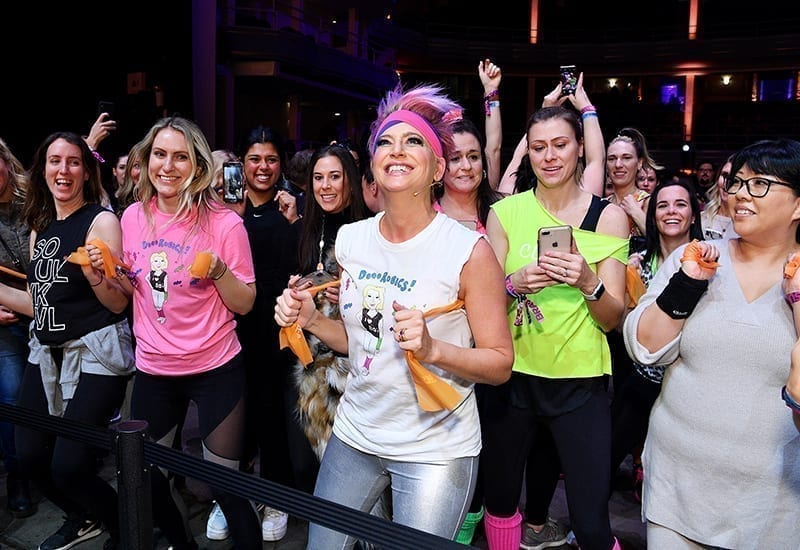 Appearances by Bravolebs like Dorinda Medley were a key part of the BravoCon experience.

Then there was the “Vanderpump Rules” after-party where attendees were invited to party like they just completed their shift at SUR in a nightclub setting, a Bravo Bazaar marketplace where fans could buy merchandise, a summer house party event during which program pick-ups for the upcoming season were announced, a Countess Luann and Friends cabaret show and the largest-ever “Watch What Happens Live” show, which featured 77 Bravolebs and a music performance. Phew.

As if that weren’t enough to keep fans engaged, sponsor activations were also part of the mix. Presenting sponsor Pepsi took over the main performance stage, launched a special beverage for the event dubbed Pepsi Rosé and offered a “Vanderpump” swing photo op. Meanwhile, Talenti Gelato sponsored nightly “Top Chef” dinners and offered sampling experiences, and Pure Leaf sponsored panels, dished out samples and offered a photo op. In addition, Lays gave fans a chance to deliver their own “Real Housewives” tagline and have it inserted into the show’s opening sequence for a shareable takeaway, while State Farm worked with Bravo to produce a She Shed that served as a “Bravo escape” where attendees could check out memorabilia and take a moment to chill.

Adding to the BravoCon hype were social media partnerships. Twitter was on-site capturing content during the conference and created a special BravoCon emoji for its platform; TikTok had creators on-site pushing #RealHousewivesofTikTok content; and Facebook fabricated a mini version of the “Watch What Happens Live” set.

“It was so emotional in a good way,” says Deluca. “We had so many fans come up to us and say, ‘BravoCon was one of the best weekends of my life—it was my wedding day, the birth of my child, and BravoCon.’ People told us we were doing the Lord’s work, really creating escapism at its best. And then we also saw cool moments where it was fathers and daughters coming together to experience the weekend, or mothers and daughters or best friends. And they all loved it. They enjoyed spending time with fellow fans.” Agency: Superfly, New York City.

Take a Spin Through BravoCon: